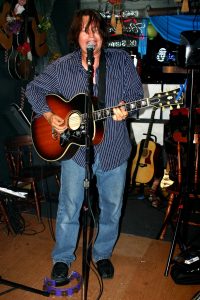 Chuck Culbertson is a singer, guitarist, songwriter who performs in the central Florida area.
He sings in a variety of styles, from Rock, to Jazz and Country.
He was the guitarist for one of the touring versions of the vocal group, “The Platters.”
A self taught musician who later studied music  at Seminole State College, and the University of Central Florida 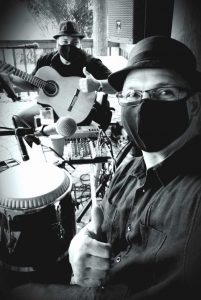 Luis Alfredo Garcia (a.k.a. Luis Lefty) is a Puerto Rican classical guitarist with formal training at the Conservatory of Music of Puerto Rico, and the University of Central Florida.  Luis Lefty has been performing and entertaining in Central Florida for over 20 years. His music selection is sophisticated, colorful, and passionate.  He has developed a unique sound of Latin-Jazz, and Flamenco fusion – it can be simply described as “smooth jazz on caffeine”.  It is not unusual during Luis’ performances to see people start dancing! 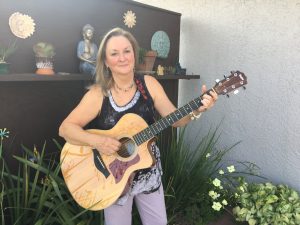 Born in Atlanta, Sherry hails from a musical family with her Mother singing in church choirs and on gospel radio in South Carolina as a teenager along & Maternal Grandfather Hoke singing and playing a variety of stringed instruments playing contra and square dances in the South Carolina & Georgia area.

Musical influences in addition to those from the family include Motown, Rock, Folk, Jazz, R&B, Country, Bluegrass and the list continues to grow.  Writing & composing songs since childhood, Sherry began opening for local rock bands in her early 20’s playing local pubs & parties.  Playing her favorite guitar she inherited from Grandpa Hoke, she performed as a solo act performing her own arrangements of rock, blues, folk and original tunes, with a few classic rock bands and a bluegrass fusion band along the way. Sherry also performed as a vocalist on the convention circuit for a number of years in a variety of band formats, along with fronting a jazz quartet.  Not one to put all of her musical eggs in one basket, Sherry is a vocal chameleon & stylist that puts her own style into every song she sings.  You’re sure to enjoy the listening experience.

Click here to listen to an original tune from Sherry!

Born in a time period 90 years later than his musical sound he transcends time with his banjo.  Playing the instrument like it has no history of its own, Ric blends his original sound with hues of his mentors and composes works that range from a Gangster Banjo Prohibition Era sound to Gershwin style ballads to flaming bluegrass banjo at lightning speed.  Energetic, interesting & melodic, everyone leaves a bigger banjo fan than when they first arrived. 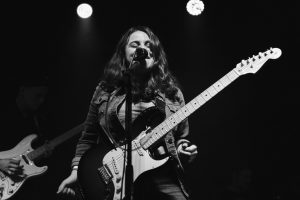 Cat recently caught the attention of hit songwriter Shawn Mullins (known for his 1998 chart-topper “Lullaby”) and has since played shows and co-written with him. Cat also has shared bills with acts like Arcade Fire, Leon Bridges, Brandi Carlile, and Jason Isbell; and in 2016, indie rock duo Tegan and Sara personally selected Cat as the winner of their worldwide cover contest.

With a voice much bigger than she is, anywhere she plays, a buzz is sure to follow. 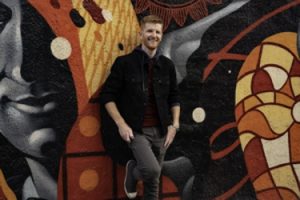 Casey Brents is a musician and producer based in Orlando, FL.

Casey has spent the last 10 years entertaining at events like the Diamond Resorts Tournament of Champions, NASCAR’s Coke Zero Sugar 400 at Daytona, and for organizations including MasterCard, LPGA, Advent Health, Walt Disney World, and countless others.  His music has been featured locally on 89.9 WUCF and 91.5 WPRK.  Always a crowd favorite, he performs a wide variety of song selections spanning nearly a century of popular music and appears regularly at restaurants, clubs, and bars across Central Florida.

The St. Johns River Festival of the Arts, Inc. is looking for solos, duos, trios and SMALL GROUPS of performing artists who would like to perform in (10×10) acoustic-type venues located in three locations on the art festival route. We will be considering performers within these categories:

PLEASE READ ALL OF THE FOLLOWING. THESE ARE IMPORTANT TO YOUR PERFORMANCE.
NO EXCEPTIONS WILL BE MADE, SO PLEASE READ NOW TO AVOID ANY MISUNDERSTANDINGS AT THE FESTIVAL.

The music coordinators will control volume levels so as not to disturb artists that are in nearby tents communicating with customers.

Be prepared to carry any instruments to the performance venue. Parking may not be close! 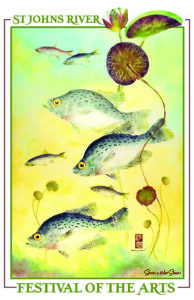 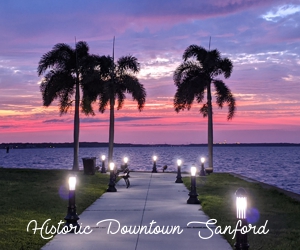 Become A Patron of the Arts

Show your support and make an impact by becoming a Patron!